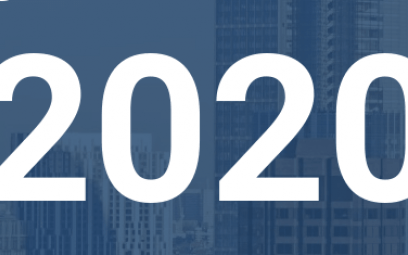 What a year it’s been ! For employers and HR professionals, 2020 has certainly had its challenges . Not only have standard HR processes such as performance management and disciplinary issues  been complicated by the need to work from home, but you’ve likely found yourself in situations you’ve never encountered before, all while having to adapt to a steady stream of government announcements and getting to grips with new concepts such as furlough.

In amongst all this commotion, and despite the UK coming in and out of lockdown, there have also been a number of interesting Employment Tribunal decisions. Whilst HR teams will have had their heads down for most of the year reacting to unexpected workforce challenges, some of these cases may have flown under your radar. However, it’s important for employers to be aware of these developments in order to maintain best practice and reduce the potential for legal mishaps in 2021 and beyond.

In the first month of 2020, we had two very interesting first instance Tribunal decisions. The first was that BBC presenter Samira Ahmed did work that was of equal value to Jeremy Vine on Points of View, entitling her to the same pay as her male counterpart.

We also discovered, in the case of Casamitjana v the League Against Cruel Sports, that veganism amounted to a philosophical belief  meaning employees who are vegan for ethical reasons are protected from discrimination under the provisions of the Equality Act.

In February, we had a case which demonstrated that an employer, during a disciplinary process, has something akin to a collective consciousness.

In Uddin v London Borough of Ealing, an employee complained to both her employer and the police about alleged sexual harassment committed by the claimant. At the time of the claimant’s dismissal, the police complaint had been withdrawn, a fact known to the investigating officer but NOT to the dismissal officer. Even though the dismissal officer did not know this information, the Tribunal should have taken it into account when considering the fairness of the dismissal as it was information known to the employer.

In March, the world changed as the pandemic exploded across the globe. We were first introduced to concepts of lockdown and furlough, which have now become second nature to employers the length and breadth of the country.

Regulations were also made to relax the restrictions on carry over holiday from one year to the next where it was not reasonably practicable to take annual leave due to COVID-19.

In April, the government also introduced a new right to statutory bereavement leave and pay.

In May, the Chancellor announced that the furlough scheme would absolutely, definitely, without any shadow of doubt end on 31 October (it didn’t).

The EAT also confirmed that the TUPE Regulations which render void contractual variations that are solely or principally related to the transfer, invalidate beneficial as well as detrimental changes. In Mr D Ferguson and others v Astrea Asset Management Ltd, four directors decided to give themselves new terms and conditions just prior to a transfer, including a guaranteed annual bonus of 50% of their salary. Cunning, but, according to the EAT, not effective.

The Chancellor announced that the furlough scheme would be closed to new entrants after 30 June. Again, famous last words…

The government also announced the easing of lockdown measures which would take place in July. A return to semi-normality seemed on the horizon.

In July, regulations came into effect to ensure that various statutory entitlements based around the concept of a week’s pay – redundancy, notice, etc. – should be calculated on “normal” salary, not any reduced furlough pay.

In August, shielding was officially paused and clinically extremely vulnerable employees across the country were encouraged back to COVID-secure workplaces.

Meanwhile, the EAT found that a dismissal for some other substantial reason, effected without following any procedure at all, was fair. A word of warning: this was a rare case where following procedures would have been  futile. Cases like that will be the absolute exception rather than the norm.

In September, we found out that the outgoing furlough scheme was being replaced with the substantially less generous Job Support Scheme which would run for six months from 1 November 2020 (it didn’t).

Elsewhere, the Inner House of the Court of Session found that it was not a breach of the right to private life and correspondence (Article 8, European Convention on Human Rights) for the Police Service of Scotland to use WhatsApp messages discovered on an officer’s smartphone as the basis for misconduct proceedings against a group of officers who were members of the chat group. This seems to have been the first case to make findings in respect of WhatsApp.

The government announced changes to the Job Support Scheme and then postponed it altogether, along with the Job Retention Bonus, when the existing furlough scheme was extended through to March next year.

The government confirmed that furlough payments could not be used to fund any notice monies paid to employees from 1 December. It was also announced that in the three month period to September 2020, 314,000 people were made redundant, the highest figure since 2009. No doubt many of these redundancies were concluded prior to the extension of the furlough scheme.

Finally, at the beginning of December, the Employment Tribunal in the case of Taylor v Jaguar Land Rover Ltd held that a person does not need to undergo or intend to undergo any medical treatment to have the protected characteristic of gender reassignment, provided that the individual in question was “on a journey” of transition.

We will continue to bring you updates and be here for all your employment law requirements in 2021 !!