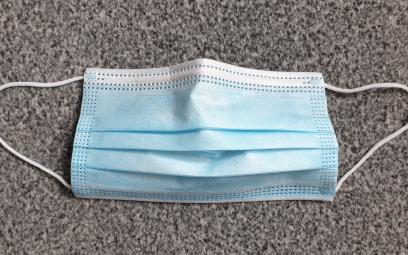 In the case of Kubilius v Kent Foods Limited ,  the  tribunal has ruled that an employee sacked for refusing to wear a face mask was not unfairly dismissed. Mr Kubilius was employed as a delivery driver by Kent Foods Ltd (Kent). Kent's employee handbook required courteous treatment of clients and that employees take all reasonable steps to safeguard their own health and safety and that of others as a result of their actions at work. Its driver's handbook required customer instruction regarding PPE to be followed. Mr Kubilius worked at Kent's Basildon depot where the majority of the work involved travel to and from the Thames refinery site of Tate & Lyle (Tate).

Due to the COVID-19 pandemic, Tate required face masks to be worn at the Thames refinery site and all visitors were issued with a face mask on arrival. On 21 May 2020, despite being asked by two Tate employees, Mr Kubilius refused to wear a face mask while he was in the cab of his vehicle. He was told that without one, droplets from his mouth were going to land on peoples' faces due to his elevated position in his cab and that Tate's rules required him to wear a face mask until he left its site. Mr Kubilius maintained his refusal, arguing that his cab was his own area and that wearing a face mask was not a legal requirement. Tate reported the incident to Kent and banned Mr Kubilius from its site. Following an investigation, Mr Kubilius was invited to a disciplinary hearing into the allegation that, in refusing to comply with Tate's instruction regarding PPE, he had breached the requirements to maintain good relationships with clients and to co-operate to ensure a safe working environment. Mr Kubilius was summarily dismissed.

An employment tribunal held that the dismissal had been fair. Kent had a genuine belief that Mr Kubilius had been guilty of misconduct having carried out a reasonable investigation into facts that were not in significant dispute. It had acted reasonably in treating the alleged misconduct as a sufficient reason for dismissal. While another employer might have chosen to issue a warning, dismissal fell within the range of reasonable responses. Kent had been entitled to take account of the importance of maintaining good relationships with its clients, Mr Kubilius's continued insistence that he had done nothing wrong (which caused concern as to his future conduct) and the practical difficulties arising from his being banned from Tate's site.

Whilst this case involved a third party client and their insistence that the employee be banned from site , it is likely that an employer who dismissed an employee for refusing to wear a mask on its own premises would also be acting fairly . However with the lifting of social restrictions , this may not be the end of face mask cases as it is arguable that as lockdown eases and the rules on social distancing are relaxed , refusal to wear a mask might be viewed differently and employers should be aware that each cases is decided on its own facts .