End of Furlough - What are your options now? | Winston Solicitors Skip to main content 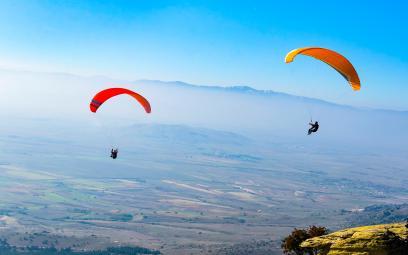 End of Furlough - What are your options now?

With the Furlough scheme set to close at the end of September, businesses may soon be forced to make some tough decisions regarding their workforce.

How to keep your business alive post-pandemic

With funding withdrawn, keeping staff employed on their current terms may no longer be viable, and a reduction in employees’ hours or pay could be the only way to survive post-pandemic. Indeed, with employee costs accounting for as much as 70% of total business expenses, it’s hardly surprising that this is often the first option organisations explore when faced with a need to reduce outgoings.

Already, companies such as British Gas have taken the controversial route of ‘fire and rehire’ restructuring in order to save millions, and as financial pressures mount and the need to reduce costs intensifies, it’s likely that more employers will soon follow suit. But with unions calling for a ban, and a number of associated legal risks, businesses considering this strategy should proceed with caution.

If you find yourself needing to change employees’ terms and conditions – regardless of what the change is or whether you’re making one or one thousand – here’s what you need to know from an employment law perspective.

There are only four ways to change a contract

How to change an employees contract

Start by looking at what the contract actually says; is what you are trying to achieve already permitted? If so, this makes things a lot easier in the long run.

Whether or not a change is permitted will depend on the nature of it. For example, it’s rare that a contract will allow you to reduce an employee’s pay, but it may provide a degree of flexibility around start and finish times, job duties and sometimes even hours of work.

You should note that any specific flexibility clauses will be given a restrictive interpretation by the courts and may be limited by an implied term to exercise such flexibility ‘reasonably’. For example, if you are looking to change start and finish times by an hour or so, then in-built flexibility may enable you to do so. However, if the change is more fundamental, this may not work

2. By Agreement – sell the change

If you can’t rely on the existing contract, the quickest and easiest way to bring about a change is by negotiation and agreement. It’s also the best option for maintaining good relations with your workforce.
We’re not talking about formal consultation here – that may come later – at this stage, it’s simply a commercial negotiation. This is where your sales pitch comes in; you will need to sell the benefits of the change or the potential consequences of not agreeing to it. In more normal times, this may involve a bit of bartering, though right now it may come down to the unfortunate reality: unless savings are made, redundancies could follow.

You may be thinking, ‘if only it was that simple’.

However, say you have a big hole in your finances or pension fund and need to save £300,000, and you can do that by either making 10 people redundant or giving everyone a 10% pay cut. Most would agree that the latter is the lesser of two evils. That’s how you need to sell it to your workforce. You should, of course, explore all other options first, such as a recruitment freeze, an overtime ban, etc.

If the change isn’t covered under the terms of the contract and cannot be agreed, employers’ options for forcing it through are limited.

Unilaterally varying the contract, i.e. enforcing the change whether employees like it or not, is generally a bad idea, as it will likely result in a breach of contract, giving the employee grounds to sue. What’s more, if the change has economic consequences, they can work under protest, stay employed, and then claim for the difference between the old salary and new reduced salary. It’s the worst of both worlds.

Unilateral variation is best avoided at all costs, but if you absolutely have to, it works best for changes that don’t have direct economic consequences, such as a change in start time without a reduction in hours/pay. Whilst that might still be a breach, the employee’s options are more limited and probably restricted to resigning in response to the breach and claiming constructive dismissal. In current economic climate, it’s less likely employees will go to these lengths, but it would take a brave employer to risk testing the water.

If you have exhausted all options, you’re left with the prospect of dismissing the employees on notice and reengaging them on new terms. This is usually preferable to unilateral variation as it is easier to defend, though it’s still a risky road to take.

The main issue with fire and rehire is that it involves a dismissal, which opens the door to unfair dismissal claims. However, if you’ve attempted to bring the change about via negotiation first and have a solid business case for the change, you may well have a decent defence.

The real problem here is time. Employees must be dismissed on notice, which could be as much as 12 weeks depending on length of service or contractual terms. As a further hurdle, if the changes involve 20 or more dismissals, the collective consultation requirements will be triggered, making the process even longer. In the current crisis, time is unlikely to be on your side.

To be very clear: The main issue with fire and rehire is that it involves a dismissal, which opens the door to unfair dismissal claims. Therefore, speak to us before you do anything.

Between April 2019 and March 2020, the average award for unfair dismissal was £10,812. Claims for breach of contract may cost much more. As such, when attempting to change employees’ terms and conditions, it’s always safest to seek advice first.

We  can talk through your plans with you and help you to execute them compliantly, saving you time and minimising the potential for disruption and legal risk.