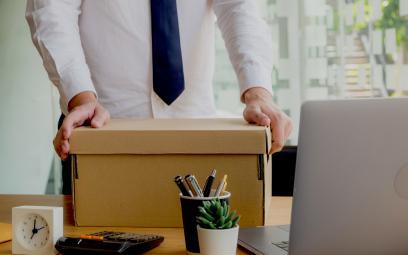 An employment tribunal has found that an employee who said he felt uncomfortable commuting and attending the office during lockdown and asked to be furloughed was not automatically unfairly dismissed.

Mr Accattatis worked for Fortuna Group (London) Ltd, a company which sells and distributes PPE. During March and April 2020, Mr Accattatis repeatedly asked to work from home or be placed on furlough, explaining that he was uncomfortable using public transport and working in the office. Fortuna told Mr Accattatis that his job could not be done from home, and that furlough was not possible because the business was so busy, but that he could instead take holiday or unpaid leave. Mr Accattatis declined and asked three more times to be furloughed. After the final request on 21 April 2020, he was dismissed by email the same day.

Mr Accattatis did not have sufficient service to claim ordinary unfair dismissal. He instead alleged he had been automatically unfairly dismissed under section 100(1)(e) of the ERA 1996 for having taken steps to protect himself from danger. Section 100 deals with various health and safety issues and employees do not have to have the usual 2 years service.

The tribunal observed that the government had announced on 14 February 2020 that COVID-19 posed a serious and imminent threat to public health. This, together with Mr Accattatis' emails expressing concern about commuting and attending the office, showed he reasonably believed there were circumstances of serious and imminent danger.

Why the claim failed

However, it was a requirement under section 100(1)(e) for Mr Accattitis to have taken appropriate steps to protect himself from danger or to have communicated the circumstances of danger to Fortuna. Fortuna had reasonably concluded that Mr Accattatis' job could not be done from home and that he did not qualify for furlough but had instead suggested taking holiday or unpaid leave. Mr Accattatis' response was not only that he wanted to stay at home (which was agreed), but also to demand that he be allowed to work from home (on full pay) or be furloughed (on 80% of pay). These demands were not appropriate steps to protect himself from danger, so his claim failed.

Although not binding, this case is a reminder that the Coronavirus pandemic may not on its own justify a refusal to attend work if employers have reasonably tried to accommodate employees' concerns and reduce transmission risk.