The CICA have been rejecting claims for domestic and sexual abuse that occurred before 1979 when the victim and the abuser lived together. This rule was known as the 'same roof abuse' rule, and was considered unfair. The CICA scheme 2012 has just been amended to remove this unfair rule. If you were abused between 1964 and 1979 and previously had a claim rejected or compensation reduced; you may now be able to re-apply. If you have never claimed for abuse during that period you can now claim. Call 0113 320 5000 to speak to our CICA specialists who has been helping victims of abuse since 1995 or cica@winstonsolicitors.co.uk

At the Court of Appeal on 24th July 2018, the judges have overturned this rule. This means that those claimants who have had their claims previously rejected will be able to apply for them to reopened.

Stop Press - the scheme has been just been changed - you can claim.

If you have never applied to the CICA, you may be able to apply now. There are a number of criteria that need to be considered. First, when was the abuse reported to the police, and second do you have psychological injury which made it difficult to apply for compensation?

These claims of domestic and sexual abuse should now be reasonably straightforward, as the CICA will now consider all these claims providing the abuse occurred after 1st August 1964. They will consider them in line with their usual rules of being satisfied you are a blameless victim of crime.

I reported it to the police more than 2 years ago, can I still claim?

If you have suffered psychological injury which the CICA accept made it difficult for you to claim compensation previously the CICA will consider your application. For example, the CICA will accept as a reason for delay counselling for anxiety or depression, or more serious mental injury such as PTSD or Borderline Personality Disorder.

I reported it to the police more than 2 years ago and I do not suffer from mental illness, can I still claim?

These are probably the most difficult claims to advise on, as it is not yet clear if the CICA will accept not applying due to you believing you were not eligible due to the same roof abuse rule. Our advice is that these claims should now be submitted.

Should I seek advice from Solicitors?

These types of CICA claims are particularly difficult. We suggest you do seek advice from specialist CICA solicitors. They will be able to advise you on the up to date position, especially with claims where there is no mental injury. Currently, whilst the decision by the Court of Appeal has gone in favour of the claimants, Parliament still needs to decide how to apply this ruling. It is possible they will accept the ruling but will not pay compensation. We will provide you with the most up to date advice we have when you contact us.

For an initial free assessment of your case, please call our CICA Solicitors on 0113 320 5000 or email cica@winstonsolicitors.co.uk 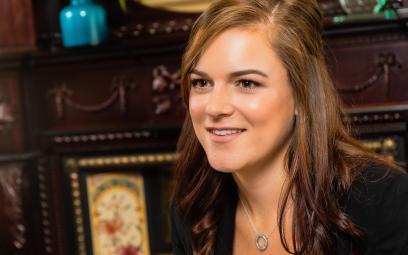