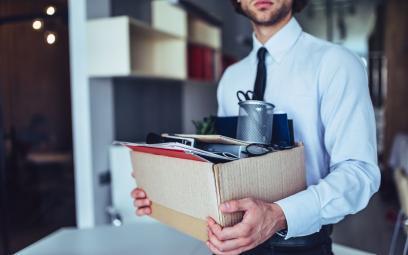 The fire and re-hire debate - Changes in the law

The practice of fire and re-hire (referred to as dismissal and re-engagement) occurs when an employer dismisses an employee and offers to re-hire them on new terms.  These new terms can often be detrimental to the employee but the alternative is dismissal.  The tactic is typically used by employers when it has not been possible to vary the terms of the contract by agreement.  It  is not unlawful provided that due notice is given and there is some prior consultation.  However, as it does involve dismissal, employers face the possibility of claims for unfair dismissal for those with more than 2 years’ service and if more than 20 employees are involved, the employer will also have to undertake collective redundancy consultations with either trade union representatives or elected representatives from the workforce.

Varying the contract of employment

There are a number of different ways in which an employer can seek to vary the terms and conditions of employment.  Some contracts will contain a clause that allows an employer to unilaterally vary certain terms.  Otherwise, the employer can vary the contract with the consent of the employee.

If no agreement is reached and an employer still wishes to make changes to the contract, they may decide to dismiss employees on notice and then offer to re-engage them on the new terms.  There are various protections which may be relevant to employees and general best practice suggests that the employer ticks the following boxes:

If the employer proceeds to dismiss and re-hire then a certain  procedure should  be followed and this will typically involve perhaps 2 or 3 meetings by way of consultation and then providing the employee with due notice of termination and a right of appeal.  The changes should not take place until the employee has been dismissed and then re-employed if they agree.

Employees who have more than 2 years’ service may still claim unfair dismissal.  However, one of the potentially fair reasons for dismissal is “some other substantial reason” and the courts have previously ruled that if an employer had good business reasons for re-organising a business then SOSR can be relied upon  as the reason for dismissal.  The tribunal will consider a range of factors and this might also include the number of employees who did accept the new terms.

The pandemic and the associated lockdowns have had a significant impact on employment  and there has been a number of high profile disputes about the use of so called “fire and re-hire” tactics.  A  report published by the TUC in January this year estimates that up to 9% of workers had been told to re-apply for jobs on worse terms and this is more prevalent among young workers.

There have been calls for reform and a bill has been introduced which would add a new provision to the Employment Rights Act 1996 to make  dismissal automatically unfair if the purpose of the dismissal was to re-employ the employee on less favourable terms.  This approach would effectively make fire and re-hire unlawful in any circumstances.

Other suggested changes include making protection from dismissal a “day 1” right in such cases of dismissal and re-engagement whereas at present, employees need 2 years’ service.

We have considerable experience of advising clients on this matter and as stated above, if more than 20 employees are involved there are additional obligations to consult over certain periods of time.  As far as changes in the law are concerned, the government has now confirmed that it has received a report from ACAS in February  and it will be publishing its response “in due course”.  There is pressing concern and calls on the government to legislate in this area which will have a dramatic impact upon the ability of employers to bring about changes which they argue are necessary for business to be viable and even  survive

For advice on this and all other areas of employment law please contact Paul Grindley by calling 0113 218 5459 or email @email.