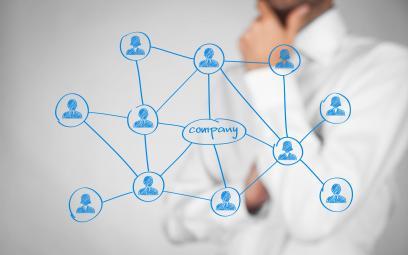 On Friday 29th May, the Chancellor announced details of the further proposed changes to the Coronavirus Job Retention Scheme (furlough scheme).

From the 1st July, employers can bring back workers who have been furloughed for any amount of time, or any shift pattern, while still being able to claim a grant under the scheme for their hours not worked. Essentially, a part-time return to work with the balance being paid by the Government. These working patterns are likely to be different to the hours worked by employees prior to the furlough scheme being introduced, so there will need to be agreement between employers and employees about contractual changes. This is reflected in the Government fact sheet, which gives a requirement for employers to agree with their employees on any flexible furlough arrangement and confirm that agreement in writing.

The minimum claim period for flexible furlough will be one week, but longer claim periods are permitted. The grant from HMRC is for the hours the employees are not working, calculated with reference to the hours they would have usually worked in a claim period. For those with normal working hours, that will be quite a straightforward calculation, but if someone has variable hours it is likely to be much more complicated.

We do not have any further information at this point on how that calculation will be carried out, but the Chancellor has confirmed that guidance on the flexible furlough regime will be published on the 12th June, so we should get clarification at that point.

It will allow returners to work part-time, giving employers the flexibility to match demand and resourcing levels, whilst at the same time ensuring employees do not lose out.

The scheme will be closed to new applicants from the 30th June. From that date, employers can only furlough an employee if they have been furloughed for a full three-week period prior to the 30th June. This requirement is quite poorly drafted, and this simple sentence could be read in two ways:

Our interpretation favours the second point above, meaning that from the 1st July you can only furlough someone who has previously been furloughed at some point since the scheme began. What this does mean is that the final date upon which an employee can be furloughed for the first time will be the 10th June. This will allow the current three-week furlough scheme minimum period to be completed by the 30th June.

From the 1st July, claim periods will no longer be able to overlap months, so employers who previously submitted claims for periods that overlapped months will need to change that practice. This is necessary to reflect the forthcoming changes to the scheme. Hopefully, this should not cause too many problems as most employers will no doubt run payroll schemes that align to calendar months. However, if employees are weekly paid, and the month ends during a week, that might cause an issue, which employers will need to address by splitting that weekly claim out between the overlapping months.

Probably the most anticipated announcement was how employers would be expected to contribute towards the scheme from the end of July. The scheme announced is probably more generous than many were anticipating. From the 1st August, employers will need to pay NICs and minimum employer pension contributions for anyone on furlough, but do not need to start contributing to wages until the 1st September. Even at that point, the requirement is only for a 10% contribution, rising to 20% from the 1st October.

As with the previous scheme, employers are welcome to top up to 100% if they wish. However, right up until October, the amount received by an employee on furlough as a minimum will remain the same – 80% of their salary up to a maximum of £2,500. At the moment, the scheme is still due to close at the end of October. Of course, the scheme has already been extended at least twice, so there must be a chance of a further extension. However, for now, the above is definitive.

For advice on this or any other aspect of employment law, please contact Paul Grindley at paulg@winstonsolicitors.co.uk or call Winston Solicitors on 0113 320 5000