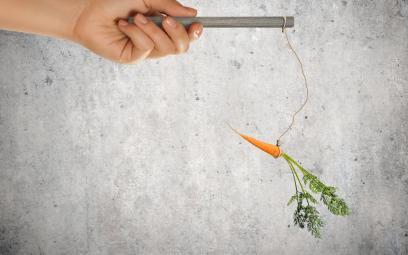 The Chancellor Rishi Sunak recently announced an incentive for employers to retain furloughed employees if they remain employed until at least the end of January 2021.

Employers will receive a one-off payment of £1,000 for each furloughed employee, with a requirement that employees must earn above £520 per month on average between now and the end of January, with payments being made from February. Further details of the scheme are due to be announced by the end of this month.

It is now estimated that as many as 9 million employees have been furloughed since the scheme was introduced as an emergency measure in March. The scheme is due to run until 31st October and it would now appear that there will be no further extension. The new measure may curb the expected growth in redundancies, with the furlough scheme coming to a close and many firms currently facing maximum jeopardy. It is estimated that as many as 70% of businesses are running low on cash, with 3 in 4 reporting reduced demand.

In simple terms, the Government is offering a carrot to employers if they hang on to workers. This could potentially cost up to £9 billion, if using a somewhat blunt calculation of 9 million furloughed workers multiplied by £1,000 each. In reality it may not be that simple, as the calculation facing business owners is more complicated. With the tapering of the furlough scheme from next month, employers will have to decide if they wish to start paying 5% of employee wage costs next month, 14% in September, and then over 20% in October. This would then be followed by 3 months of full wages to qualify for the rather modest sum of £1,000, during what may prove to be the worst downturn in living memory. Other measures introduced to help stimulate the worst affected industries include cutting VAT and offering half price early bird food. However, it remains to be seen whether employers will hang on for that long, as they are now aware that any chance of the furlough scheme being extended has been effectively ruled out.

Employers need to do their sums now that the furlough scheme is being wound down. They are required to pay employees’ pension and National Insurance contributions in August, as well as contribute money towards staff pay in September and October as part of the tapering off of the scheme. Many employers have already decided to cut jobs rather than take on that extra burden. Some say that the incentives offered to employers look too small to be effective, as many employers have already been topping up the pay of furloughed workers and are now having to bear more of the costs of the scheme from next month. Many will, therefore, be reluctant to do this now that they know that the scheme will not be extended.

Whilst redundancies may be necessary, employers should be aware that there are certain procedures to be followed in order to avoid a further headache by landing themselves with an employment tribunal claim for unfair dismissal.

For further advice on this or any other employment law matter please contact Paul Grindley at Winston Solicitors at Paulg@winstonsolicitors.co.uk or call: 0113 320 5000