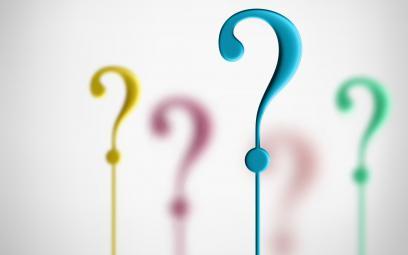 A matter of trust

In the wake of the news that a number of sub-postmasters have had their criminal convictions quashed, the issue of increased monitoring and use of artificial intelligence and automated decision making has been highlighted.  The Post Office investigated a large number of staff following allegations of theft, apparently detected by a computerised system.  Many employees were dismissed and thereafter prosecuted and in some cases, staff were actually sent to prison.  The repercussions have been catastrophic for some people.

In the workplace, if an employer suspects an employee of dishonesty, they would normally suspend the person concerned and carry out an investigation. Unfortunately for employees, the burden of proof or standard required to justify dismissal is fairly low.  It is commonly known as the Burchell Test.  What the employer needs to show is that the person conducting a disciplinary hearing genuinely believes the employee to be “guilty” and that belief is based upon reasonable evidence having carried out an adequate investigation.  The employee may be entirely innocent but that is not strictly relevant.  In other words, a genuine but mistaken belief on the part of the employer can still lead to a fair dismissal.  The matter is different in the criminal courts where proof beyond reasonable doubt is required.

Nevertheless, employees are justifiably concerned, especially in recent times as many employers have deployed new monitoring technologies as a result of the increase in home working created by the pandemic.  There is a perception that these new technologies are being used in an intrusive way which goes well beyond the type of monitoring that employees would experience in their usual working environments.

Some believe that technology is being deployed without full knowledge or understanding and there are concerns that artificial intelligence powered solutions can be flawed.  For example, automated absence management systems had wrongly concluded that employees were improperly absent from work leading to performance processes being incorrectly triggered.

In other cases, some employers used the scores attributed from unexplained, automated online interviews of staff, conducted without human intervention, to determine who should be made redundant.  This is not confined to employment law and there was of course concern last year in the Department of Education that students were being “marked” by algorithm rather than human examiners.  This alerted the public to the fact that life changing decisions were being made about people by machines and not humans and for many this is unacceptable.

With the increase in home working and monitoring, technology affects all of our lives on an unprecedented scale.  However, any decision to terminate employment for whatever reason should be taken by a human being with some feeling of emotion.  We will continue to advise both employees and employers with the degree of compassion and respect which your case warrants and for advice on this or any other aspect of employment law please contact Paul Grindley by calling 0113 218 5459 or email @email.