Redundancy 'Pool of One' | Winston Solicitors Skip to main content 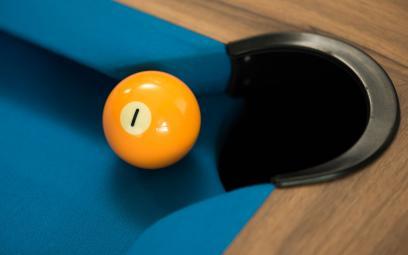 Redundancy 'Pool of One'

Sometimes, choosing a redundancy selection pool is pretty easy; for example, where there’s a specific role that is disappearing and just one employee who does it.  An often quoted example is Halpin v Sandpiper Books Ltd (EAT/0171/11), where the ‘pool of one’ was an employee who had been posted from the UK to China, some time after which the employer decided to outsource its China operation and make that employee redundant.  That was an obvious ‘pool of one’ because Mr Halpin was the only employee who worked in China; there was nobody else who could sensibly be selected for redundancy.

The Pool of One

Tribunals use a ‘range of reasonable responses’ test to decide whether it was reasonable for the employer to use a ‘pool of one’. So in a case called Wrexham Golf Co Ltd v Ingham (EAT/0190/12), a golf club employed 12 people, of whom one - Mr Ingham - was the only bar steward.  The golf club decided to remove the bar steward role and get others to cover bar duties.  It decided that as Mr Ingham was the bar steward and his role was disappearing, he would be in a pool  of one - and so the Club didn’t think about any sort of selection process or whether it should choose another member of staff to be dismissed instead.   The employment tribunal said the Club’s failure to at least consider a wider pool meant the dismissal was unfair.  But the Employment Appeal Tribunal overruled that, saying that having a pool of one was a reasonable decision and the employment tribunal was wrong to pick another ‘reasonable’ option; there can be room for more than one reasonable approach and the Golf Club had followed a reasonable approach by treating Mr Ingham as being in a ‘pool of one’.

So, to put that another way, it’s not a tribunal’s job to say a different pool might have been fairer, the tribunal’s job is to say whether the pool the employer actually used was fair.  And it was.

The Danger of using a Pool of One

Tribunals can think a ‘pool of one’ is a device to target someone.  This has led to a number of cases where a tribunal has decided a pool of one scenario was unreasonable; the tribunal doesn’t necessarily say it was a Machiavellian ploy by the employer, but you know that’s what they were thinking.  If it’s not  clear that the employee is genuinely a standalone employee, use a wider pool.  It covers you, and is safer.

The counterargument is that using a wider pool is unsettling for other employees drawn into that pool - especially if you know they’re going to score well and won’t be selected for redundancy.

That’s a valid commercial consideration, as long as you realise you’re increasing the chance of a tribunal finding the dismissal is unfair (assuming the employee you dismiss has over two years’ employment - if they have less, it doesn’t matter because they can’t claim unfair dismissal unless you’ve selected for a reason such as whistleblowing or trade union activities).

So the downside of risking a pool of one is that you’re at higher risk of losing an unfair dismissal claim.  Probably not that much higher risk, if you can justify your decision, so don’t be too anxious about using a pool of one. The upside is it keeps the rest of the workforce calmer, it reduces management time and consultation time, and since any unfair dismissal claim will take at least a year to come to a tribunal hearing, you’re pushing the problem into the long grass, at least for the time being.