Criminal injury and the police

The first thing the CICA do when investigating a claim for criminal injury is to request the police report. They use it to initially consider whether a victim is eligible for claming CICA compensation. Depending on what it contains often makes the difference between a successful claim and a rejected claim.

I am reluctant to cooperate with the police

There are genuine reasons for feeling like this. You may be too busy at work and anyway, you didn’t see anything so why do I need to give a full statement? Or you may feel scared to give a statement. Or you may wish to withdraw your statement. In all these situations the CICA will say you have not cooperated and will reject your claim.

We have helped a number of victims get their claims back on track, providing them with guidance on what to do, if we realise their claim is going to be rejected when we first check to see if they are eligible.

Does it matter if the police prosecute?

It depends. In sexual assault cases where there are no other witnesses, the CICA often reject claims if the police do not prosecute (it’s actually the Crown Prosecution Service who decide). So providing as much information to the police gives you the best change of a prosecution and therefore you having a successful claim.

You do not need a conviction, just a prosecution.

Is a police prosecution always required?

There are occasions when a prosecution is not required. You are stabbed and the person runs off never to be found. It’s clear you are the victim of a crime, so even though there is no prosecution the CICA will not reject your claim. Or you are the victim of historic sexual abuse and your abuser is now dead. The police will not prosecute, but providing there is sufficient evidence to show that you have been abused, the CICA are likely to pay you compensation.

Should I speak to a Solicitor?

It is so important to get the right advice before making a claim. Don’t just submit a claim and expect the CICA to help you. They don’t, as their ‘Victim’s compensation fund’ is too small to compensate all victims so they use their rules to reject claims whenever they can, so making the fund ‘go further’. We have heard so often from people who have submitted without advice ‘I did not know’ when their claim is rejected and they now seek help. It’s much harder to rectify a mistake once a claim is rejected than to deal with the problem before the claim is submitted.

Please call 0113 320 5000 or email cica@winstonsolicitors.co.uk. We always provide an initial assessment of your case at no charge. 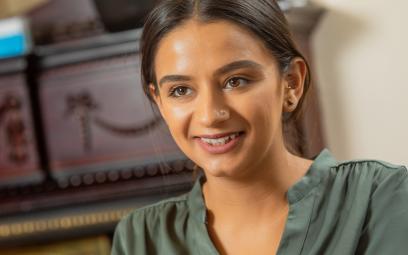 When asked by the police if you wish to press charges against your assailant, you must agree to do so to be able to claim compensation for your injuries. The CICA expect all applicants to act as far as reasonably practicable in bringing their assailant to justice, and therefore any reluctance to assist the police in securing a prosecution, may see your claim rejected by the CICA.

No, you don't. The CICA expect an application to be made as soon as reasonably possible. The burden of proof for the CICA is lesser than what is needed in court; therefore, providing the police have agreed to investigate your allegations; this should be sufficient to proceed with an application. The CICA apply a limitation of 2 years* from the date of reporting to make a claim for compensation; therefore, waiting for the outcome of a court hearing could sometimes jeopardise your position.

You may be able to. The burden of proof required by police and the Crown Prosecution Service is that they must show “beyond all reasonable doubt” that the assailant is guilty – sometimes this will lead the CPS being unable to charge if there are some discrepancies or a lack of evidence. The burden of proof the CICA require is much less and it is accepted “on balance of probability” that the crime took place, then you should be able to claim compensation.